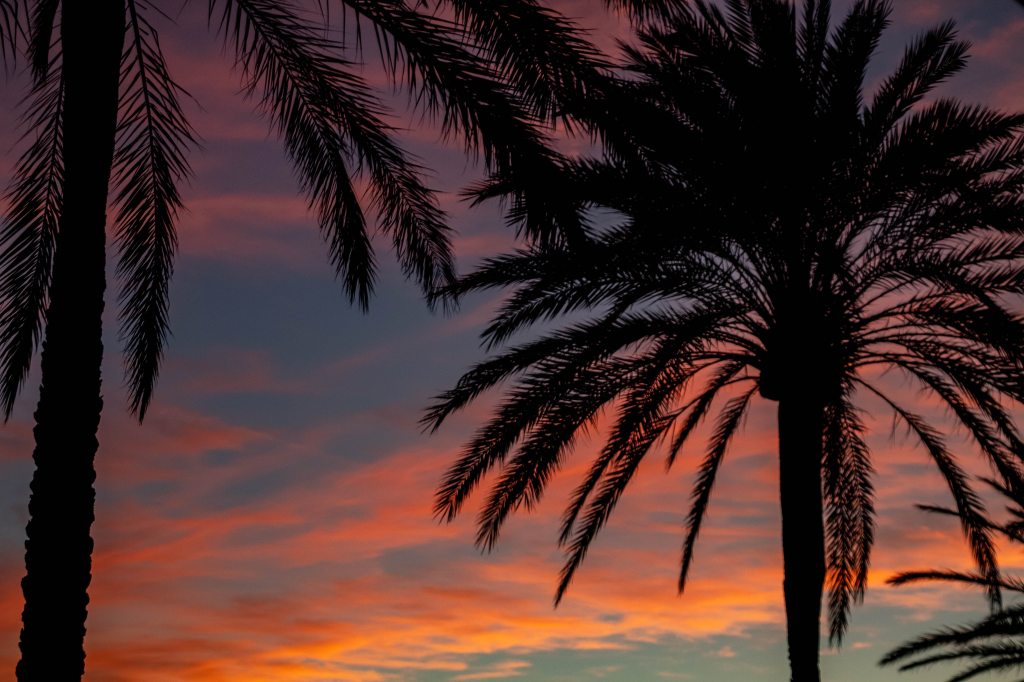 The sunrise was glorious the morning my dad took his last breath. It was 5 years ago today, April 23, 2014. Pastel pinks painted the sky, as a light breeze fluttered the palm fronds and distant coos of pigeons marked dawn’s arrival. We – my mom, my two older brothers, and me – sat in the backyard, bundled together on lawn chairs, wearily breathing in a reality that felt too heavy, too unreal, and all together wrong. Papa was a force to be reckoned with – a man who lived fully, spoke with intent, and who loved fiercely. Certainly not a man who should be taken from this earth at the age of 57. He still had so much living left to do, so many life events to witness, and yet for some unexplainable reason, we were robbed of our patriarch, our friend, our protector.

As we sat there, a numbness filled my body, my brain foggy. My eyes didn’t feel like my own as I watched the night’s stillness stir to life. Nothing made sense to me. How dare the clouds break to reveal the sun, the birds’ chirp grow louder. How could the world just keep moving, as if nothing had even happened?

The night before his death, a hospice nurse warned us he might not have much more time, so we did what only felt natural. We gathered blankets and pillows and set up a make-shift camp alongside his bed in my parent’s room. We took shifts throughout the night, wetting his mouth with a “sponge-pop” & administering his pain medications. We shared funny stories from childhood, holding his hand and comforting one another as we cried ourselves into a restless slumber.

We hoped he heard us – the love, but also the gratitude, the admiration, and the respect. He’d be the first to say he wasn’t perfect, and we know that; and so, we talk about that too, and remember him for who he was, not some idealized version. More than anything, we want him to know it’s okay to stop fighting. It’s okay to let go. It was nearing 5 a.m., when my brother Nick noticed papa’s chest was no longer rising and falling. We all sprang from our respective spots and rushed to his side. Stillness.

I’ve often heard the phrase, “Cancer doesn’t discriminate,” and sadly, it’s a painful truth that too many of us have and will continue to experience. For nine months, my dad lived within the duality of life and death. He was a realist by nature, a no-bullshit kinda guy, so it wasn’t surprising when he sat me down after his diagnosis to show me medical journals describing the “ugly” of esophageal cancer. Aggressive chemotherapy was his treatment plan, and as he warned us, “it’s not gonna be pretty.” Already in stage IV, with a large inoperable mass, his odds weren’t good. But, papa was a bit of a rebel, a class clown. He might be the only dad in history who encouraged his children to get into trouble, cause a ruckus, and not stay up all night preparing a class presentation – just “wing it.” He always wondered how he managed to have three kids who got straight A’s and were so good – “You didn’t get that from me!” as he winked at my mom. So, after his diagnosis, I fully expected him to give his cancer a big “f*ck you” and be on his way.

He sure as hell gave it everything he had – he didn’t wallow in self-pity, but instead woke up everyday with a twinkle in his eye, a smile on his face, and a determination like none I’ve ever witnessed. He rode his bike for miles upon miles, hiked until the neuropathy in his feet was too painful, and continued to work until a sudden hospital visit indicated his body had stopped responding to the chemo and the cancer was taking over. Papa’s steady strength had a miraculous effect – it calmed everyone around him, and so, even then, as we sat in the doctor’s small office, hearing suggestions of in-home hospice care, I still thought he was going to make a recovery.

Perhaps one of the greatest unspoken lessons my dad taught me in his last nine months, was to recognize the beauty and humor of everyday life. He didn’t feel the need to check the boxes of some grandiose bucket list, but instead spent his time with the people he loved the most, in the home that brought him so much joy, while he relished the seemingly mundane – sipping a homemade smoothie, cuddling with my mom, or watching my brother and I plant a garden in the yard. He was given a death sentence, and yet, he operated as normally as possible, and he wanted us to do the same. But, just like anyone would, he grappled with the immensity of evaluating one’s own life, and often asked himself, “Have you found joy in your life? Has your life brought joy to others?” When you boil it down to those two things – what is more pure? Life is hard enough as it is, so when you really think about it, what could be more courageous than simply living joyfully? Keep living. Keep spreading joy.